We talked a lot about the concept of impermanence. The colors were bright and the idea scared me. I was present, some of the time, but answered, “Bubbles!” at a less than ideal moment. I went outside in a very dark space and started blowing bubbles I had in my purse. As I pondered, I watched the bubbles pop – like Cinderella does when she’s scrubbing the floor and singing. I watched the bubbles pop. And it dawned on me that they were proof I am capable of accepting an impermanent thing without freaking out.

Then I figured I should probably go someplace safe. At first nothing came to mind, but then I remembered I have a list of places on a crisis plan in my journal. I tried to recall them instead of looking and, as the places came to mind, I asked myself what they all had in common… The only thing these places had in common was me. So, the only safe space is me. It’s a lot to take in.

Fingers & Toes – A few can hold parts of my brain, secrets, but when they’re all full my brain can’t function.

A strange thing happened tonight. I was out to pizza with a friend and I had my dog Ellie. I know crazy people are drawn to me but tonight’s variety was different. I was at the counter waiting for a change in receipt when a disheveled man came in from outside and asked about Ellie. He started talking about PTSD service dogs and mentioned he was homeless. He told me he saw a super famous doctor in La Jolla once. I asked if he was a vet and he said no, that he wasn’t part of “the killing machine.” I tried to end the conversation and go back to my friend but no such luck.

The man came with me and sat down with us. He said there was something he wanted to tell us, something important. I have no idea what it was. I do remember him saying the word “bitchin'” and his name being Greg. My brother’s name is Greg and he’s the only one I’ve ever heard say that word. I wanted to give him a low income housing resource. Instead I heard about his experience being homeless, his family structure, some pro-Trump ranting, and how if he’s going to join a gym it has to be 24 Hour Fitness because it’s right down the street.

The man was filled with tears. He knew we wanted him to leave, yet he stayed. He asked if he could pray for us. He put out his hands and I held one and closed my eyes. He said a powerful prayer for my friend and I. God was there. I could feel it. He walked away and we took our pizza and left. The feeling stayed with me that God was there. Before I got in the car he showed up again and said to me that he really needs my help and would I PLEASE help him to get some place to live, some place with a bathroom and a shower, that he would work hard. He just really wants help. It was sincere. He never asked me for money or to buy him anything. He came to bring God to me.

I got in the car and told my friend about faith, that what is holding me up now is faith. I don’t understand what’s happening and I can’t fix or change it, but what I have is an unending faith and a posse of blessings and a crowd of people who love and support me. I have Jesus. I let go and trust. I am held. I’ve been really scared and, as my friend would say, “losing my shit,” and tonight God sent me a homeless man to refocus, to reconnect. He didn’t go anywhere. He never stopped caring for me, making everything right. Sometimes I just can’t see.

Thank you so much, God, for loving me. Please show me how to help your servant Greg. 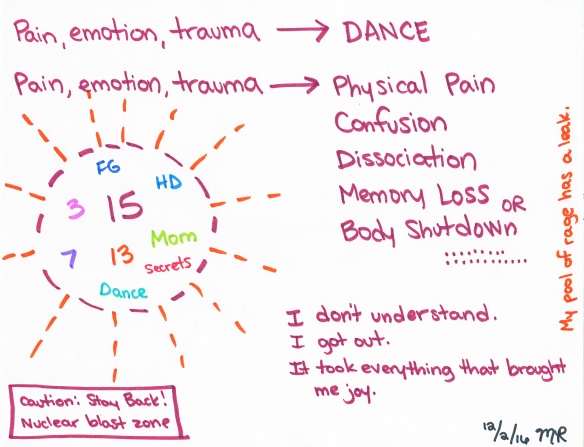 Wrap me in your healing warmth.
Surround me with your presence.

I just caught something when I was proofreading the last post.

“When asked what I think love is my answer lies along the lines of finding someone to grow old with.”

I thought about that for a moment. For love I am willing to grow old.

I always thought I’d die before I got to this age – 26. And along the way I’ve never been pro-life. Not in regards to abortion but to living. I want to die a fair amount of the time and I don’t ever want to be old. But in that moment there was a spark. I’d be willing to grow old if I didn’t feel alone.

I just realized what that safe feeling is. Trust. I read through a note I wrote tonight and at the end said, “I trust you.”

I don’t trust very many people. I rarely feel safe. Is trust what makes me feel safe?

People I Trust/Feel Safe With:

I would put my life in their hands. Walk on the water, not flinch.

It takes a LOT to earn my trust, in action and in energy. I am loyal to those I trust. For them I would do anything. They usually aren’t as loyal back to me. Once a person has betrayed this sacred trust they fall out of sorts with me. Kinda like purgatory. S-, S-, T. The “perfect person” has all my trust, and usually breaks my heart. But there are a few safe people I’ll always trust, or want to trust, no matter how bad they hurt me.

Wow. 4am breakthrough. Pays to stay up late and listen to my thoughts. I should do this more often.

Wow. That was hard. And powerful. I think I’ll try it with “I love you” tomorrow. What a night.