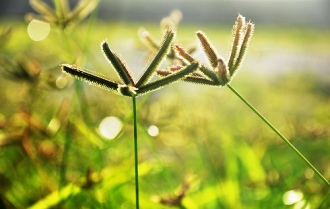 There is an issue going on at a group I attend. It is heated and ugly and hurtful. I had been handling the situation rather well, even people’s anger at me, until someone said to me yesterday he thinks the problem is most of the people there are “childless.” (pause ) Childless.

I just stared at him. I said I don’t see that as a or the problem. He said for people with children it’s different… Right… It is the equivalent of saying his views matter more because he got someone pregnant. A grand justification. A rather easy excuse to cut many people off, I say, not deal with feelings. Hate is much easier than truth. I went on about my way but the word kept coming back. Childless.

Yes, I am childless. I have no biological children. I have not given birth. I’m not a foster mom. I don’t babysit. I don’t care often for others’ children. Oftentimes children annoy me. Not by choice… I didn’t wake up one day and decide not to have children, set a goal of dying alone in a house full of cats. I am aware there is a timeline on motherhood and that I’m a good portion into it… Childless.

The word keeps coming into my head. Childless. (deep breath)

I think that men have it easier than women. The person weilding this word pointed out most of the people in the group are childless. I don’t think that’s true. In fact, a good many of the men in the group have children they or someone else care for. A man may complain about paying child support but isn’t caring for the kids. It is harder for a woman to walk away. Like a lion pride, men can fuck and walk away. The women do the work. Most times. If we can’t or choose not to, there are other options. Options of course we will be hated forever for. But yes, it’s the fault of the childless that I don’t hate sex offenders.

I have dealt well with being attacked on many sides in the current situation. For this one I have no defense.

This site uses Akismet to reduce spam. Learn how your comment data is processed.